Practically Human I kind of stumbled upon to Libertarianism and like many people it pretty much started with Ron Paul, and then expanded from there. Ten years ago I was the usual anti-war, socialist type who was moderately politically active. It took me a while to cut myself loose from statism even after Ron Paul. It was then Milton Friedman who made me fall in love with Economics (what I currently major in), and of course after him I read more into the Austrian school and really enjoyed the works of Henry Hazlitt. It wasn't until Rothbard that I started really understanding the nature of practical anarchy. I currently still read a lot, and have a lot of books to finish (Audible is the t---, and I drive a lot so I do a lot of audio books). I'm not as active in the community as I'd like to be and that's why I'm here -- most of my friends are either left/right paradigm type or not too interested in politics. I don't really consider myself into 'politics' as much as political philosophy/theory and economics. On top of that I'm an obsessive football(soccer) fan and supporter of the club Arsenal.. If I ever met a girl who liked soccer and was a libertarian, I'd probably #wifetahtgirl on the spot in RL.

I don't watch a lot of TV but I'll watch movies now and then. I am interested in acting and sometimes work as an extra whenever productions come to Baltimore.. It is an interesting and fast-paced business and I like that side of it. Also, I'm pretty particular about who I spend my time with. I'm a quirky guy, and I like people who have not only a capacity to rage, but also a capacity to think, and think critically/deeply (both, preferably)

FIND Other Singles In
Maryland 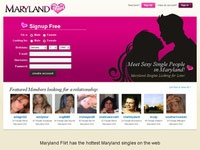 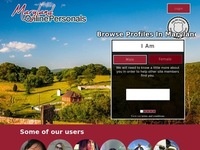