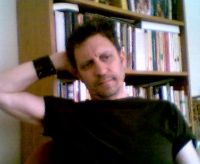 Maybe I'm more a classical liberal than an actual libertarian, in the strictest sense of the terms, but I've grown so weary of dating socialists who constantly want to argue with me. It would be nice occasionally to go on dates that didn't become debates. So much comes down to chemistry. All too often we find ourselves attracted to those from whom we would have least expected it. I won't be so dishonest, though, as to imply that I'm not so shallow that physical attraction doesn't matter to me. However, all else being equal, the two qualities that will seal the deal for me are a clever, nimble wit and a sincere appetite for the darker erotic passions. A few of my favourite things, not exclusive and in no particular order, are zinfandel (in winter), tiramisu, Hayek, Robert Doisneau's Paris, Woody Allen's Manhattan, Whit Stillman's trilogy, P.T. Anderson's frogs, Guu, chess and pool (though not exceptionally good at either), Thailand, Sinatra (late at night), everything by Charlie Kaufman, basil-arugula-cilantro, Lacanian psychoanalytic theory, new swing (which isn't so new anymore), semiotics, Kruder and Dorfmeister, Herbert, Tricky, Portishead, the west coast of Mexico, women in single piece black bathing suits, chardonnay (in summer), lonely moonlit beaches and, of course, forbidden pleasures. I also have a Ph.D. for some reason that isn't entirely clear to me. I believe complexity is a virtue: life is what you make it; why get short changed? I have decadent tastes in food, wine and S-- (I fully expect to be shot after the revolution). And, I'm haunted by the prospect that Yogi Berra and Oscar Wilde, between the two of them, have already said everything worth saying.

FIND Other Singles In
CANADA 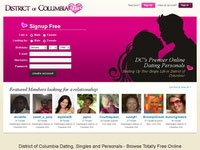